This report describes a novel, comprehensive, and personalized therapeutic program that is based on the underlying pathogenesis of Alzheimer's disease, and which involves multiple modalities designed to achieve metabolic enhancement for neurodegeneration (MEND). The first 10 patients who have utilized this program include patients with memory loss associated with Alzheimer's disease (AD), amnestic mild cognitive impairment (aMCI), or subjective cognitive impairment (SCI). Nine of the 10 displayed subjective or objective improvement in cognition beginning within 3-6 months, with the one failure being a patient with very late stage AD. Six of the patients had had to discontinue working or were struggling with their jobs at the time of presentation, and all were able to return to work or continue working with improved performance. Improvements have been sustained, and at this time the longest patient follow-up is two and one-half years from initial treatment, with sustained and marked improvement. These results suggest that a larger, more extensive trial of this therapeutic program is warranted. The results also suggest that, at least early in the course, cognitive decline may be driven in large part by metabolic processes. Furthermore, given the failure of monotherapeutics in AD to date, the results raise the possibility that such a therapeutic system may be useful as a platform on which drugs that would fail as monotherapeutics may succeed as key components of a therapeutic system. 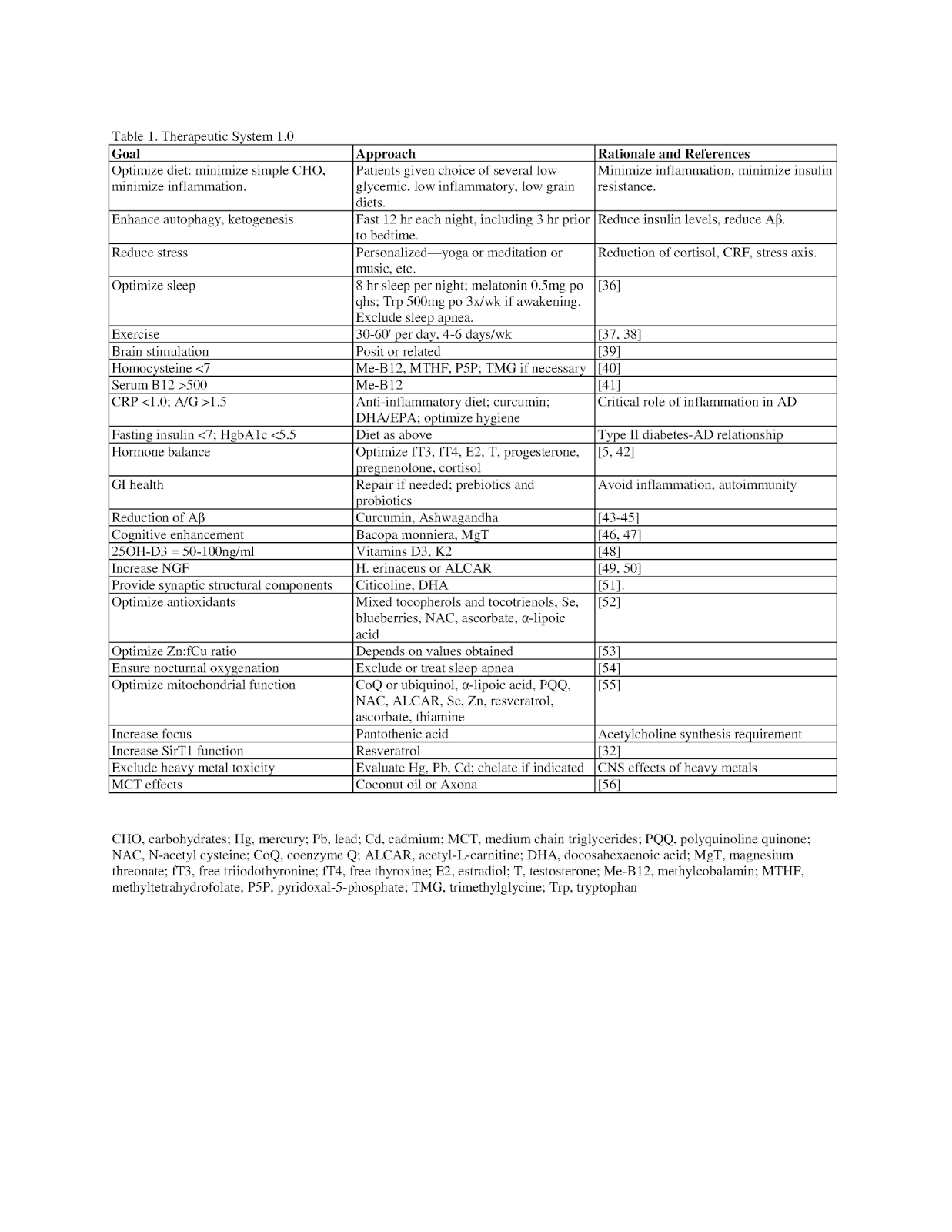